Three Things To Consider Before Filing a Work Injury Report 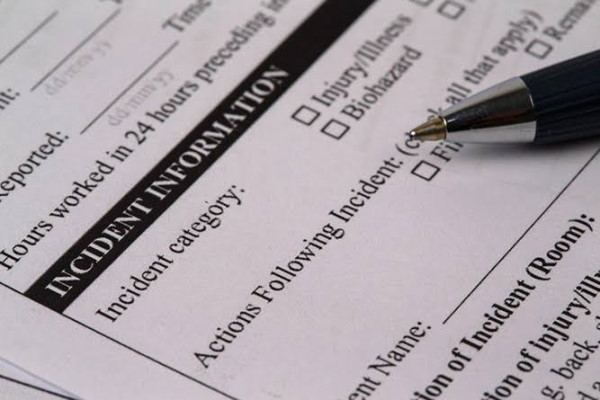 The first and most important thing to know about filing a work injury report is to do so as soon as possible. It should be filed as soon as you notice/determine the injury to give your employer the smallest possible opportunity to claim they are not at fault. In fact, in New York state it is required to report workplace injuries within 30 days. Nevertheless, there are several things you should consider before filing a work injury report in order to get as much out of it as possible.

You might need that injury claim in the future

It can be tempting not to file a work injury form because you think it is just a small injury and not worth the trouble. It is always worth the trouble, even if you aren’t planning on pursuing compensation right away. Injuries caused in the workplace are particularly likely to recur because they are often caused by repetitive movements related to the job. For instance, a sprained wrist can easily turn into a hairline fracture or even carpal tunnel several months or years later. It is imperative in a case such as this that you are able to prove that the original injury was caused by something you did at work. Having that workers injury report on file is a good step towards creating a paper trail that will be important in the future.

You are not obligated to prove who is at fault

Your employer may falsely inform you that you will not receive compensation unless you can prove the company is the one at fault. This is not true and is a tactic that is often used to scare employees into not filing their claims. Workers’ compensation claims in the United States are required to be under a ‘no-fault’ system and as such, you are eligible for compensation regardless of who is at fault.

Is there a possibility you were under the influence when the injury occurred?

An exception to the ‘no-fault’ policy for worker’s comp claims is if the claimant can be proved to have been under the influence of any mind-altering substance at the time of the injury. The state of New York allows for drug testing to be performed in the determination of compensation for a workplace injury. For drugs like marijuana, which can be detected in the body long after the effects have worn off this can be difficult to prove. In some cases you might still receive compensation while your employer is also entitled to terminate employment. In such instances it is a good idea to consult an attorney to determine how you can protect yourself legally before moving forward.

Everyone is eligible for workers’ compensation, even if you are undocumented

It is a common issue, that undocumented employees are afraid that by reporting an injury they can jeopardize their immigration status. In the state of New York everyone is entitled to workers compensation benefits regardless of this status. If necessary, contact an attorney, but fear of deportation should not prevent you from reporting an injury or pursuing medical care in the event of a workplace injury.

If you work in New York state and have been injured in the workplace and need advice or care, please contact us.

Notice to all patients

With Regard to the Corona Virus Epidemic:

– We are continuing to do evaluations by doctors and physical therapists in our office.

– All first evaluations by doctors will be performed in our office.

– Physical Therapy will continue to be available in our office.

– Physical therapy os also, at time, possible by telemedicine but will be limited to scope.