Can Your Employer Fire You For a Filing Worker's Comp Claim? 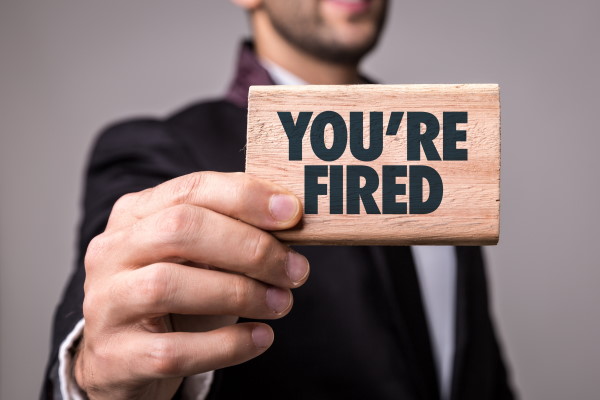 A common concern that many employees have after being injured on the job that may keep them from filing a worker’s comp case is the fear of being fired or otherwise punished by their employer. This is often caused by the lack of knowledge and understanding of how workers comp works in New York and the protections the state of New York and the federal government have in place for those that have filed for worker’s comp. However, the answer to whether or not you can be fired while on workers’ compensation is not a simple yes or no. There are instances when you can be fired while on workers’ compensation; you can’ be fired simply for filing a claim.

You can be fired while on Workers’ Compensation. However, employees covered by the Family Medical Leave Act can receive up to 12 weeks of unpaid, job-protected leave. The protections from the Family Medical Leave Act (FMLA) are often applied simultaneously with NY Workers’ Compensation Benefits. While FMLA does not provide pay or benefits, it does protects your right to return to your job within the 12 week period. It is essential to understand that not all employees are covered by FMLA s. If you are, you will generally be given a written notice regarding your FMLA rights around the same time a Workers’ Compensation case begins.

Who Does FMLA Apply To?

New York employers are subject to the FMLA if they have at least 50 employees for at least 20 weeks in the current or previous year. Employees are eligible for FMLA leave if:

Can You Be Fired While on Workers Comp?

According to New York State law, you can be fired while on Workers’ Compensation. New York law allows employers to replace you if you’re unable to perform your work, as long as they abide by the law and rules. New York is an employment-at-will state, which means that unless you have an employment contract saying otherwise, your employer can fire you any time. However, you cannot be fired while on Workers’ Comp. just for filing a New York Workers’ Compensation claim. This would be considered discrimination under New York workers’ compensation law. Your employer doesn’t have to keep you employed just because you are on workers’ comp, but any decision about your termination must be made independently of your workers’ comp status.

When Can You Be Fired if On Workers Compensation?

It’s lawful for you to be fired after you’ve been injured for twelve weeks if your employer has a  justified reason for firing you. One of the most common reason is if you can’t perform your job duties the way you did before your injury. I that case, your employer can fire you and replace you with someone who can perform the job duties.

Poor Work Performance Can Be A Factor

While you’re on workers’ compensation, you can get laid off due to changes within the company itself. If other employees at the company are terminated at the same time you are, your employer likely isn’t basing the decision to fire you on the fact that you filed a workers comp claim.

Companies have the right as long as they play by the rules to do what’s right for their business. This may not always work out to the advantage of you, the employee, but that doesn’t mean it is illegal. Proving that your termination was because of your workers’ comp claim, not the companywide layoff, may be impossible to prove, especially if others in your department or company were laid off as well.

Notice to all patients

With Regard to the Corona Virus Epidemic:

– We are continuing to do evaluations by doctors and physical therapists in our office.

– All first evaluations by doctors will be performed in our office.

– Physical Therapy will continue to be available in our office.

– Physical therapy os also, at time, possible by telemedicine but will be limited to scope.